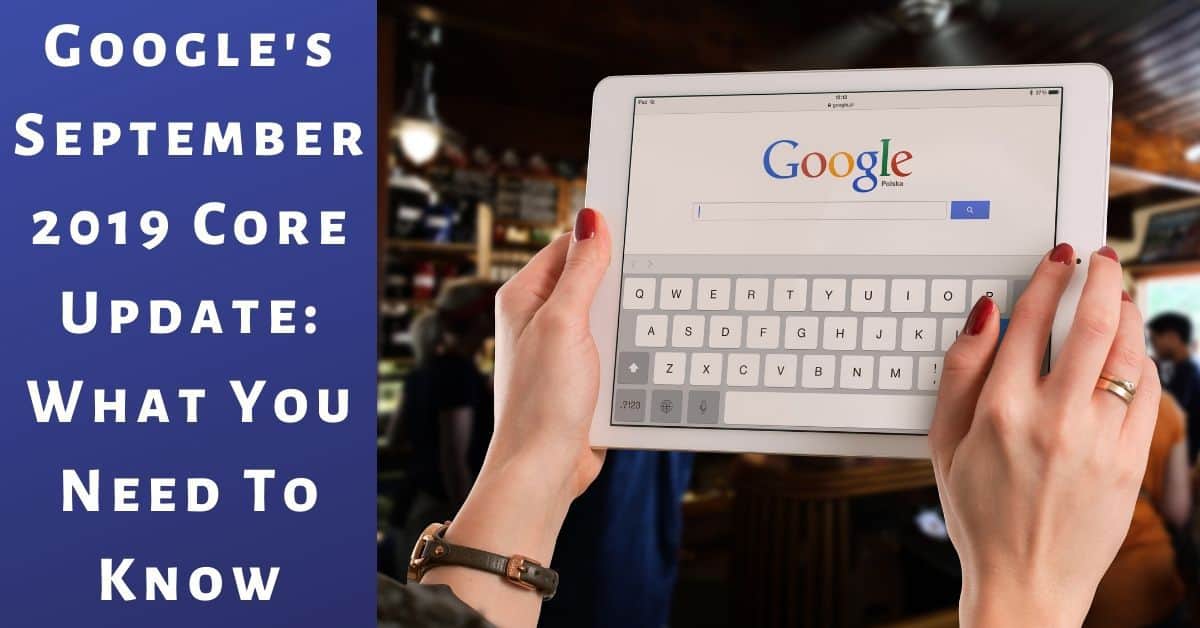 Now at the end of October, we’re about a month in from September’s Google Core Update. The September release hit the public marketplace just last month, creating a buzz across message boards, forums, and other such discussion sites.

Google rolls out these changes on a monthly basis, often releasing some key details to the update weeks after it has cycled through. This continues to be one of the main telling points for theorists. The fact that Google fails to be timely with their releases leaves little to desire in terms of detail for users. What we do know, however, is that Google heightened its focus on links in September.

One of the main concerns of website engineers and developers was controlling the default of a redirect towards a defunct page. 301 redirects, as they are termed, often lead to a dead-end for subscribers and users. These dead ends were riddled with fraudulent activity and were marked as a key target for those looking to spell users of content and visibility on the web.

Cleaning up this content helped to limit the amount of fraudulent activity, but it failed to meet the full expectations of the users developing their content. Rich content and sites that contribute to multiple page redirects often suffer from the 301-error message. Maintaining their links and polishing their content to avoid this pitfall has become increasingly more difficult over the years. With Google heightening the focus on this specific problem, they can better ensure the developer of ease of access. This helps to limit the outside threat and creates a few different loopholes to work around the pitfalls. Look for this to be a continued trend as we near the fourth quarter for Google developments.

The immediate impact of the update was underwhelming, to say the least. The company tanked their ranking the day after release, calling for a reason as to how recovery would be made. Google enlisted users to trust the development of the new and reintroduced processes, keeping a recovery module in their back pocket. In a world of instant gratification and results, this didn’t sit too pretty with users. They sought a detailed depiction and diagram of how this would happen. Just a few days after release, these rankings were recovered, pacing the company back to the trend it had gained near the end of June. The June update continues to be the talk of the town, leaving little to desire about September releases.

Another update Google made was to their proprietary algorithm. While the impact of these changes was not immediately felt, the roll-out will better improve relevance numbers over time. Most of the updates tied to this core update were utilized as place holders for what is to come in the fourth quarter. While these updates beg for answers, Google isn’t releasing too many updates to the general public. The information that they are sharing points to general clean-up and reduction of redirect. This has generated many different discussion topics from the masses. Online forums and message boards have mixed results on the update, mainly pointing towards the lack of details. Google has been known to keep most of these details behind closed doors, and to that, people aren’t really surprised.

The surprise comes at how little we know about what this update worked to supersede. While the guesses and tactics used to imply reasoning are compelling, most theorists are left with a blank slate. This could be a tactic that Google has been known to employ in the past, resulting in major changes to core developments, processing, and everything but the kitchen sink. This could spell good news for users and developers, but all of that is hearsay for the moment.

Look for the end of the year releases to involve some major detailing and components of execution. The company remains responsive to user questions and ideas, which keeps a tight bond between the developer and the website. Google remains as one of the top user-friendly companies on the market today, leaving no choice but to patient and await the next release of a core update to close the books on 2019.

Are you looking to boost your hearing practice’s online presence? AuDSEO provides services such as content creation and SEO optimization that will help your practice rise above the competition in your local area. Contact us for further details.