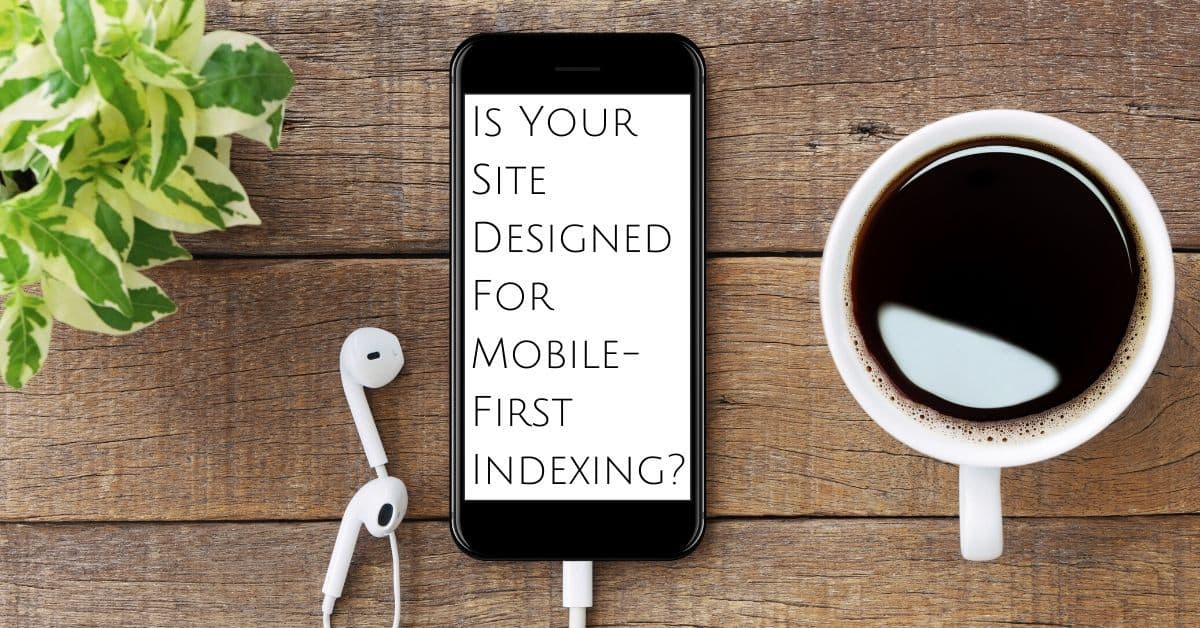 Web-based advertising has been quite a vital aspect of any firm’s marketing strategies for a considerable amount of time. While this should still be one of the core characteristics of any strategy, it’s become somewhat less essential over the past few years, with this being for a few prominent reasons.

Perhaps the most notable of these is that mobile devices have become increasingly more popular in recent years and have surpassed desktop and laptop devices. As a result of this, mobile-based searches have continued to surge, with this now rivaling or exceeding the number of searches conducted on either of its predecessors.

As a result, website owners have to put a significant amount of emphasis on ensuring that their sites are mobile-friendly. While there are a variety of aspects involved in this, what many marketing professionals and web developers may not have put too much effort into is web-first indexing.

Though the majority will ensure that their websites are mobile-friendly, mobile-indexing is a different approach to bringing in views that should reap a considerable number of dividends. Despite this, quite a large number of website owners may not know what this is. There are a few specific things that are vital to it.

What Is Mobile-First Indexing?

Mobile-first indexing is exactly what it sounds like; it means that the mobile version of your website is the starting point for where Google and other search engines will index your site. This will subsequently have an impact on your search rankings, which can be vital to a company’s marketing efforts.

The reason that this is called ‘mobile-first’ instead of ‘mobile-only’ is that a desktop version of a website will still be included in the indexing, although it will be a secondary concern. As a result, this should mean that the mobile version of your website will be its primary version as far as the majority of search engines are concerned.

This could lead to many people to believe that the approach is the same as creating a mobile-responsive website. While the two share a variety of similarities, there are quite a significant number of differences. Perhaps the most notable of these is seen in how both issues are tackled.

Mobile responsiveness is a web design approach that utilizes CSS to change the website, depending on which device it’s being viewed on. Mobile-first indexing, in contrast, is a design strategy that may use a mobile responsive framework to put a mobile user’s needs first and foremost.

As such, instead of trying to fit a desktop site into a mobile screen, the needs of a mobile user are put first, with desktop users coming second.

How to Design for Mobile-First Indexing

Naturally, this could lead to many people wondering how they should design a website for mobile-first indexing. Typically, there will be a variety of things that will factor into this, although there are a few that will have much more of an impact than others. As such, a significant amount of emphasis should be put into them.

For the majority of marketing campaigns, content is king. This has typically meant that marketing professionals have developed long and in-depth blog posts and articles to help create leads. With mobile-first indexing, however, this might not be the case.

While these types of posts create more sales leads than shorter ones, they shouldn’t easily fit onto a mobile device’s screen. As such, less can often be more when it comes to this approach.

Alongside content, the overall website will need to be relatively simple. This should be seen across the entire site, with there being a variety of aspects at play. Perhaps the largest of these is driven by the size of the screen that people will be viewing a website on.

While less being more plays a significant part in this, there will be a variety of other design elements that should also be kept simple. Not only does this ensure that a site doesn’t look cluttered, but it also makes sure that it loads quickly on mobile devices.

Both of the above will play a significant role in designing for mobile-first indexing. Alongside this, web developers will need to look at how responsive their website is, how quickly it loads, and many other areas. While this approach can be time-consuming, it can reap dividends for the majority of website owners.

Are you looking to boost your hearing practice’s online presence? AuDSEO provides services such as content creation and SEO optimization that will help your practice rise above the competition in your local area. Contact us for further details.